You Are Here:
Home
/
Bryce Axelrod 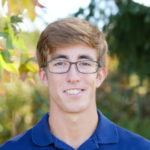 In the spring of 2019, Bryce graduated with his Bachelor’s of Science in Agriculture at The Ohio State University where he majored in Sustainable Plant Systems with a specialization in horticulture. Following graduation, Bryce joined the Millcreek team as a Growing Coordinator working in our PRO #1 and IMPACT Perennial area. In January of 2022, Bryce was promoted to Growing Crew Leader for Perennials, a new role at Millcreek, where he will work directly with perennial Section Growers and other full-time and seasonal staff members to grow the best plants possible!

Living in southern Medina throughout high school, Bryce grew an affinity for the outdoors in a general sense. In 2014, he began to attend the Plant Science & Landscape Technology Program at Cuyahoga Community College where he specialized in Landscape Design & Build and fell in love with design and ornamental plants. Bryce has since worked in different facets of horticulture including landscape design and build, interning with the City Forester in Rocky River, Ohio and also as a student worker in field/nursery operations at the Ornamental Plant Germplasm Center at The Ohio State University.

Outside of work, Bryce’s interests include spending time taking care of and being around his plants, skateboarding, cars, golfing, visiting family and friends in the Cleveland area, and various outdoor activities.